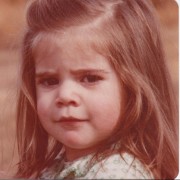 The Alamo was established in 1718 as Mission San Antonio de Valero. The Alamo is best known as the site of the 1836 Battle of the Alamo in which Texas sought to gain it’s independence from Mexico led by Santa Anna. The Alamo is also a historical landmark and definitely on any history buffs bucket list!

The Alamo is a cultural icon and stands to show the bravery and independent nature of all Texans. As a Texan myself it’s powerful to stand at the site and walk through what the Texans of that time went through to defend themselves and the bravery they showed in the face of fear.

The Alamo is open to the public –

Admission is free. You can opt for a paid guided tour or a free self guided tour. We opted for the self guided tour. A full tour of The Alamo will take you roughly 45 minutes to an hour. The Alamo has historians throughout the grounds that discuss history of the times and what it was like during the battle. You can find out all about the weapons used and what everyday life was like at the mission.

The grounds and walkways are just beautiful and it’s amazing to go into the Alamo and see bullet holes in the actual walls.

You’ll be surprised at how small the Alamo actually is but you can still imagine Crockett and Bowie defending her. The battle at the Alamo was lost but gave Texans hope and a continued desire to win their independence which they did in 1836 in the battle of San Jacinto and the soldiers cried out “Remember the Alamo”.

Thinking about traveling to Texas? I can help! You can find me on Facebook at Callie at Wanderkeep Travel or you can email me at callie@wanderkeep.com and as always my services are complimentary when you book with ME!